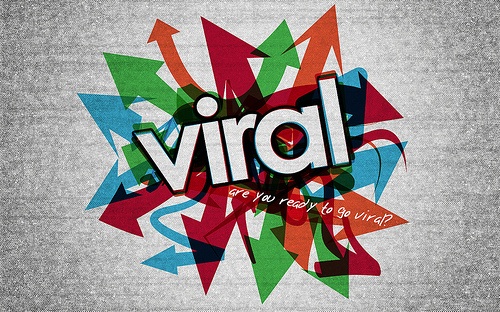 If you’re wanting to find out how to make your carefully planned ‘viral’ content actually go viral, you could consult Google ( 47 million references and counting) – just a little light reading. But when it comes to what works best to make content go viral, you could also probably learn a lesson or two from some of the world’s largest content producers.

For instance Upworthy, global king of viral new stories estimates that only 1 in 100 of their stories will be seen by more than half a million people globally – and yet their entire business model is based on producing engaging, viral content. While Buzzfeed, the world’s biggest Facebook publisher, has an aggressive social distribution strategy but still regularly buys ads elsewhere to boost traffic.

As you’ll see, the reality is the dream that your content will go viral, spreading widely for free, is a complete myth. And here’s why.

A 2011 Microsoft study examined the phenomenon of content virality and discovered that instead of a friend tells a friend tells thousands of friends pattern, it’s actually kind of rare for anything to get passed on more than once. And if you’re a B2B tech company, you’ll likely find that this is even lower (your customers are all too busy sharing funny cat videos instead).

What this means is you need to disseminate your content wider from the very beginning just to get heard – which is more like traditional broadcast media than the notion of wonderfully free ‘go viral’ marketing.

2. Getting your content to go viral costs real money

Yes, t stand any chance of making your content go viral, it will need to be supported by paid advertising – whether it’s traditional, digital or social media ads, activity through influencers and PR stories, or by partnering with someone with a ready made audience – like so many YouTube content ‘collabs’. It’s no surprise then that it tends to be bigger and better funded brands that are the only ones who can really afford this.

With over 100 million views this totally catchy campaign promoting train safety is a crazy phenomenon – but the viral video was supported with a range of other expensive elements including a ringtone, an iTunes single, animated gifs on Tumblr, radio, posters, and outdoor advertising. While it was hugely successful, it’s clear that the campaign was heavily dependent on paid advertising which helped the content catch the attention of the public, supported by the media (and awards panels).

3. It’s only great content that gets shared and will go viral (and that costs too)

Dove’s Evolution was one of the early viral video successes, at a time when other brands were still focusing on the behemoth of TV. While they used no paid media for the campaign (an experiment that they have learned from in producing later content like Sketches), the video itself cost $135,000 to produce.

Think B2B content is boring and can’t go viral? It sure can – if you have the budget. How about this B2B example from Volvo:It’s ‘can’t look away, how did they do it’ good. Plus, it was also amazingly effective for a segment that traditionally relies on dealers and relationships (reportedly sales are up by 31% as a result).  It also cost a butt-clenching $3-4 million dollars to produce.

Even what looks like the success of a small player – the champion of small business viral content Dollar Shave Club – has a backstory.https://player.vimeo.com/video/50287969?wmode=opaque&api=1

This genius spot scored 12,000 sales within just 48 hours using YouTube, with only AdWords as a support. But…the CEO, Michael Dubin, had a previous career producing branded content for Nike and Nintendo, and a side interest in improv comedy, which meant he was able to make his video using a team with a huge amount of experience at mate’s rates – it’s estimated the $4,500 cost would be closer to $50,000 in real terms. (I still love this video though!)

$50,000 is a lot of of cash to be spending in the hopes that your content will go viral if you don’t have the right connections. Take Upworthy’s stats for example – if your goal is sales this month or this quarter, risking $50,000 on a 1 in 100 shot at greatness has a significant opportunity cost.

That $50,000 could instead be spent on developing a range of long-play content – small but significant boosts in clickthoughs that over time have a compounding effect on website visitors. Or the budget could be spent on a more direct response sales campaign, or on AdWords, or… you get the picture. While Dove might have a separate stream of money for campaigns that boost short term sales, very few businesses have the marketing budget for that kind of activity.

But maybe that’s for the best, because virality is a ultimately a short term awareness play – almost literally today’s news is tomorrow’s fish and chip wrappers, with the average lifespan of viral web content estimated at around a day, with a half life of just a few hours.

People move onto the next bright shiny thing very quickly. Even if you are successful in getting momentary traction, it’s likely you’ll get only a short term sales boost and then be back to back to square one.

And if people do remember you, there’s a risk that you appear one note, which means you must keep exploring different aspects of your brand positioning with more great content to feed the beast. Dollar Shave Club for example produces regular video content to support new product launches, but also commits to producing a huge amount of social media-specific content to keep its audience engaged.

This is no to say that trying to create the best possible, most engaging content you can is useless – far from it. It helps with organic search, it helps build trust and it keeps customers loyal.

Here’s how you can get the most out of the content you are probably already producing.

What we share make be very different – funny ads, emotional reunions, though-provoking poetry, a new scientific discovery. But what is overwhelmingly true is that we only share great content that makes us feel something – joy, wonder, amazement – the trick is to make your customers feel complex emotions, rather than present them simply with rational arguments.

Be driven by insight

Dove’s success was driven out of a research insight; that only 4% of women felt that they were beautiful. It’s this disturbing and overwhelming truth which is what makes the message behind Dove so potent – we all have beautiful friends who doubt their looks, we worry about the self esteem of the daughters we are raising, we avoid looking in mirrors because we are ashamed that the outside doesn’t match how we feel inside. Seeing that reflected back at us is extremely powerful. What can you reflect back at your audience that shows them as they really are, and how you can help?

The Microsoft study estimated that the inclusion of a simple ‘share’ button or message could help to double reach. Think about how you can frame your content to encourage sharability. For example, consider the #IceBucketChallenge; one person doing it would be meaningful, but the take one, pass it on to 3 others had a multiplying effect that gave it a magnitude more reach.

Promote it to the right people at just the right time

Don’t expect that it will be naturally shared. So often great content just sits there dormant because there is no plan to drive traffic to it. Instead have a content strategy in place that you develop based to suit the target market – students are different to web designers are different to middle-aged mums. And if you are going to use paid media to boost how many people see your content, maximize its potential by focusing your spend on the first few days, rather than drip-feeding your budget over a longer period.