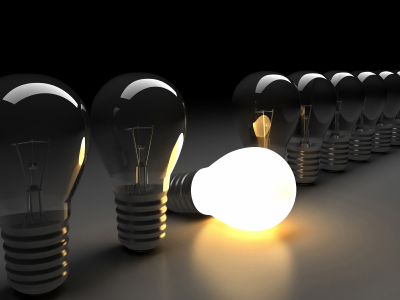 The Death of Traditional Advertising and the Rise of Originality

Companies that can’t afford TV ads are finding they can do a lot on online for a lot less money.

I don’t mean that it’s waiting on deck for the Pearly Gates in hospice, or being read it last rites. I mean the era of Mad Men has full-on flat lined. With a Super Bowl ad boasting an infamous price tag of over $5 million in 2017, the appeal of purchasing 30 seconds of airtime for the cost of a series A seems less attractive than an ex-girlfriend in bad mood. Consumers yearn for something authentic. They want you to earn their attention, on numerous platforms, in a split second through raw emotion, true value and a unique proposition. The brands that have taken a step back to realize this is a new world have cashed in on some major benefits, at a fraction of the cost.

Below are a few examples of companies that have stepped outside of the perceived comfort zone to be truly original. These companies took a leap of faith that their unique stance would pay massive dividends. They were right and they continue to thrive.

With most corporations consistently missing the mark, despite insanely deep pockets, some companies have deviated with a youthful perspective. During Super Bowl XLIX in 2015, a Swedish car maker had perhaps the greatest play of the game between the Seahawks and Patriots with what it is now known as the “Volvo Interception”. Instead of ponying up and purchasing an industry standard ad during the big game, they took to Twitter offering a free car for a loved one if you tweeted #volvocontest during a competitor’s commercial. They were trending during the game, got more impressions and earned more attention than any other car maker.

With just under five billion videos being watched on YouTube every day, there is no question that people are consuming their content differently. In tandem with the continued rise of NetFlix, Hulu, and Amazon Prime, people have consistently found new ways to avoid dull commercials during their daily television consumption. Live news broadcasting and sporting events could be the only things truly keeping cable alive.

The companies that have found ways to tell organic stories and grow their followings on platforms like YouTube through the right influencers have become greater brands for it. A perfect example of this would be Nike’s, Make it Count campaign. Instead of purchasing millions of impressions via 15 second ads on Youtube, they hired Casey Neistat, an influential YouTuber, to make a film. The video of Casey Neistat traveling around the world for 10 days was captivating and unique. More than 25 million people have searched to watch the subliminal advertisement rather than opt out.

Anyone with a Facebook profile has probably seen the addictive Tasty videos that allows anyone the power to become a world class chef in the matter of 30 seconds. These videos have racked up more than a billion views in months, despite the minimalist simplicity. The brainchild of Buzz Feed, Tasty unlocked the key to social media advertising success. It is quick, concise, efficient and adds great value. Whether you are a fifth grader or a college student, these videos will put you in a trance allowing one to rip through 120 meal preps in an hour.

These viral videos deliver on two promises that leave consumers wanting more: great food and more free time. Brands should rely more on quality and messaging efficiency than quantity of impressions and time engaged. The consumer will come back wanting more if you deliver great value in a concise manner.

Although this company and example might seem a little out of left field as these guys aren’t a major brand; StringKing knows their niche and they know it better than anyone. Lacrosse is growing rapidly and this company is not only along for the ride but they are helping to grow the sport. They have a very active following throughout their social media, especially on Instagram because the company knows how to speak to the people. Their videos are highly engaging with the perfect mix of content. Most of the videos are light hearted with an underlying message about a new product or call to action hidden behind a cloak of influencers that have clearly bought into the brand and their mission. They don’t take themselves too seriously; yet, the passion for their brand comes across extremely genuine.

Although it is blasphemous to mention Red Bull considering our healthy energy shot company, TruEnergy, plays in the same space; they deserve some serious props for their content creation. While many are probably envisioning their “Red Bull Gives You Wings” cartoon TV ads, I am talking about their documentaries, like The Fourth Phase.

As a brand that has transcended traditional marketing, it is not a stretch to think Red Bull has evolved into more of a media house than a beverage company. After all, their content is so engaging, you will watch the videos whether you drink the stuff or not.

Red Bull has stayed true to its early adopters and consistent with its messaging, as opposed to powerhouse brands of yesterday like Air Walker, which left behind its original brand champions. Forged on the backs of maverick pro skateboarders, Air Walker was built on authenticity with a coolness swagger that was unmatched in the industry. Unfortunately, as Air Walker scaled they began to care more about their bottom line than than the skaters who helped usher in their brand. Air Walker became sell outs to their mission whereas Red Bull doubled down.

While most corporations are steadfast that their old methodology of customer courting will lead them to Valhalla, young startups like us at TruEnergy are battling for a seat at the table. Traditional marketing is a mistake we can’t afford, so we take the road less traveled of creating organic campaigns that tell our true story. As the legacy leaders lose their Midas touch, fresh thinking businesses will take big bites of the pie.

All consumers really want is authenticity. The truth is most big businesses will continue to pour truck loads of capital into emotionless marketing campaigns force feeding the new age customer the marketing language of yesterday; however, as customers, we all know it is a dead language.