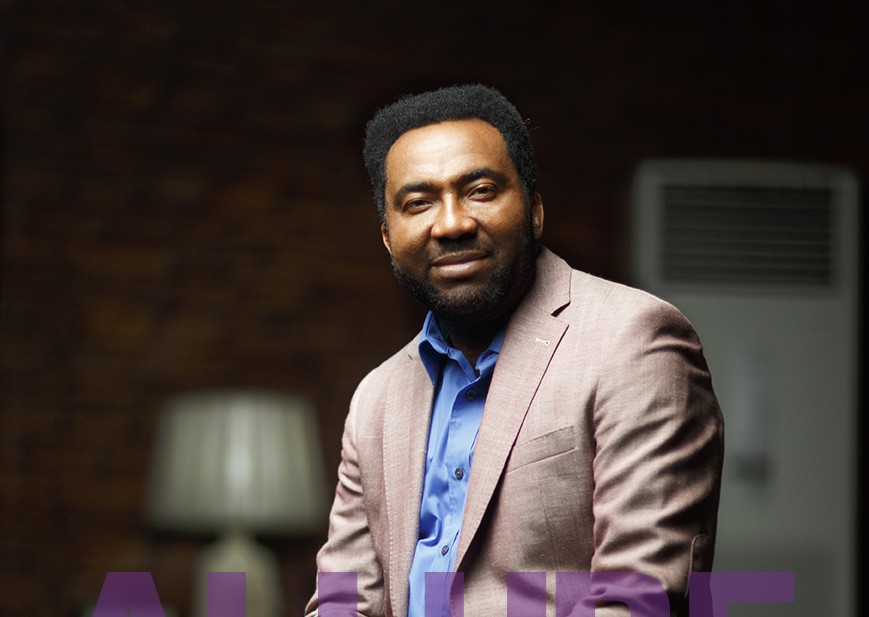 Nnamdi Ezeigbo is the founder and CEO of SLOT systems limited, and also the brain behind TECNO and INFINIX, the fastest selling phone brands in Nigeria. Many people are not even aware that these popular phone brands are the brainchild of a fellow Nigerian. His success story is a very remarkable one.

“I hate to say that I come from a humble background; my background was more difficult. I come from a family of nine.  I remember when, after secondary school, I stayed home and worked for 4 years to raise money to go back to school. My parents were not able to pay my school fees. When I got admission to read Electrical Engineering at the University of Ife, now Obafemi Awolowo University, I had to work in a factory. It was a very difficult period for me; my colleagues who worked with me, gained admission and went back to school but I had to work for four years.

“The first two years I worked, I saved my money and funny enough, my dad was the one who saved my money for me. After two years, I got admission and asked him for the money but, unfortunately, he had spent the money so I had to work another two years. My savings were able to keep me for the first one year and, the following year, my dad was able to pay my fees. While I was in school, I went into modelling and TV commercials to raise money to also pay my fees. So, my journey was really interesting.

“I discovered that most successful CEOs say they became successful by luck. I won’t say mine is different but it’s by the grace of God. There was nothing that gave me the inkling that I will become a businessman apart from the fact that I sold bread for my mother as a kid. I sold bread on the streets and I enjoyed it. I would carry a full tray of bread and come back with an empty tray and the money in my pocket. So, that was the only idea I had as far as business or trading was concerned.

“My idea of going back to school and studying Electrical Engineering, because I was good in Mathematics, was to work in a big oil firm with a good income to take care of myself and my younger ones because I am the oldest child. I have eight other siblings looking up to me. When I came out of school with a good result, I spent another 2 years trying to get a job and nothing came.

“Then, I remembered I had a friend who had a computer outfit. I decided to join him and keep myself busy while learning a few things. So, I joined my friend and later became passionate about the business. It took me less than two months to understand what Computer Engineering was all about. So, I took it from there. But unlike the others, I was not after the money. For me, it was the joy that I could fix clients’ computers. So, barely 6 months after, I left because my friend and I were having problems. I usually objected to him collecting exorbitant fees from customers and he did not like it.

“That was how I left without any money on me. I went to squat with another friend who had a shop on the same street which made it easier for me to meet people who wanted my services. That was how I started and, because I was good, I was getting a lot of customers. I got referrals by word of mouth.

“I was honest with my clients and I always told them the truth and at reasonable cost. For instance, if your problem was cooling fan, I will tell you it’s cooling fan and it’s three hundred Naira and my labour is five hundred; which was very cheap. They saw an engineer who could actually tell them the truth. It was a customer that also said ‘I think this place is too small for you’. Sometimes, I would have 20 people waiting for my services.  My first employee was my younger brother. After school, he was searching for a job. I brought him on board and later, his friend also joined us and we became three.

“That was how we started growing. Then, I was referred to fix computers for Daily Times, Standard Chartered bank and the University of Lagos, Idi Araba. I became busy and I started making money. Then, there was no phone alert to know how much you have in your bank account so I went to the bank one day and saw N1.2 million. I had no car. I was living in a two-bedroom apartment in Meran area of Lagos.  I thought to myself – is it easy or that possible to become a millionaire?

“That shaped my life. I began to think like a millionaire. I attended seminars and trainings that were relevant to what I was doing. I saw myself as a businessman, not as an engineer anymore. We dabbled into sales of accessories as well, computer parts, and started assembling computers as well. We began to build computers for clients and competing with the HPs of this world. The kind of services we were offering was better and cheaper, in terms of after sales, than those of the multi-nationals.

“We could go to your house and fix your computer. It got to a point when we had to hire a consulting firm to organize our departments but, like I said, my training was engineering. I had do something in line with Business Administration. First of all, what I did was go to Ladoke Akintola University for my masters in Information Technology. Then, I proceeded to the Lagos Business School for an MBA.

“We saw ourselves moving from one level to the other. Between 1998 and 2001, we were selling and fixing computers. It was in the advent of GSM in 2001 that we now moved to GSM. For me, it was the high point of my business because one of the things I learnt was that entrepreneurs should be sensitive to opportunities and understand government policies and direction.

“I saw the privatization of the telecoms industry as an opportunity to launch myself into the telecoms sector so we switched and started doing more of mobile phones than computers. We were the first GSM store and business in Nigeria. When MTN came, we already had a solid customer base so they decided to train those of us on ground. I also took a trip to South Africa to know more about what GSM was all about and I saw that it was big business. I knew the same thing was going to happen in Nigeria so I came back prepared.

Read also: How Slot grew their Customer Base with the Best Alternative Advertising platforms

“I derived the name ‘Slot’ from the big desktop computer that had a robust processor called ‘slot’. I always recommended them to my customers. The slot processor is very rugged. You can imagine the kind of environment people placed their computers; I will always recommend slot. People began to call me Mr. Slot. So, I checked that word in the dictionary and realized it actually fit in to what we were doing and I came up with a colour which is red and white.  So my training actually helped me to position my company.

“I think the problems we have (is that) Nigerians are not knowledgeable in identifying quality phones. The influx of fake Chinese phones has taken over some reasonable percent of the market share.  People buy these phones because they are cheap and it’s a big challenge because if people are knowledgeable, it will reduce the sales of these phones.  Also the cost of running business is a challenge, in terms of power supply, and that of employable members of staffs in middle management. What we do is employ new graduates and train them and make them staff.

“Well I think, the NCC and other regulatory bodies have done so much unlike what we used to experience in the past. In the last two years, they have done so well, because now you must have an approval for you to bring in a new device. For consumers also, their awareness is increasing and people can actually identify that this is not a quality product. So that would actually send the distributor and dealer out of the market.

“I would advise that entrepreneurs should be competent, especially in managerial ability. If we get that right, obviously Nigeria is also a good business place no matter what people think. Return on investment is quite high when compared to other countries even though the risk elements are higher as well but the return is encouraging. However, if we can reduce the cost and risk of doing business, we can actually have better reward.

“Competition is very interesting; I think that no business can actually stand if you are not conscious of competition. We are very conscious of competition. Our strategy is making competition irrelevant by keeping it simple and being smart about it.  One of the things that have helped us at Slot to stay focused and lead is the fact that we have smart people who understand our business culture; every member of our staff work in line with our vision. Competition is good; you can’t kill competition. If it comes at the top, then we move from below. It’s very interesting because it makes companies work harder and it brings good governance and enables companies to stand firm. One of the things I have also done is to study at Harvard because we are not just a Nigerian company. We also look beyond the shores of Nigeria.

“We may not name it Slot. We are just growing our brand and I am happy that people are actually asking for our phones. In 2006, we brought Tecno in and we knew what we went through to get it into the Nigerian market. Now, the brand is stronger and people are asking for Slot phones; we are enjoying the patronage. We are doing something different that meets the needs of the Nigerian people which would be very adaptable; for example, our charger has a tip of torchlight that has two openings, enabling you to charge two phones at the same time. We also have trading in of old phones for new phones and also good screen insurance. We decided to bring in Tecno in 2006 because people carried two phones on their hands and we decided to make a phone which uses dual sims.”