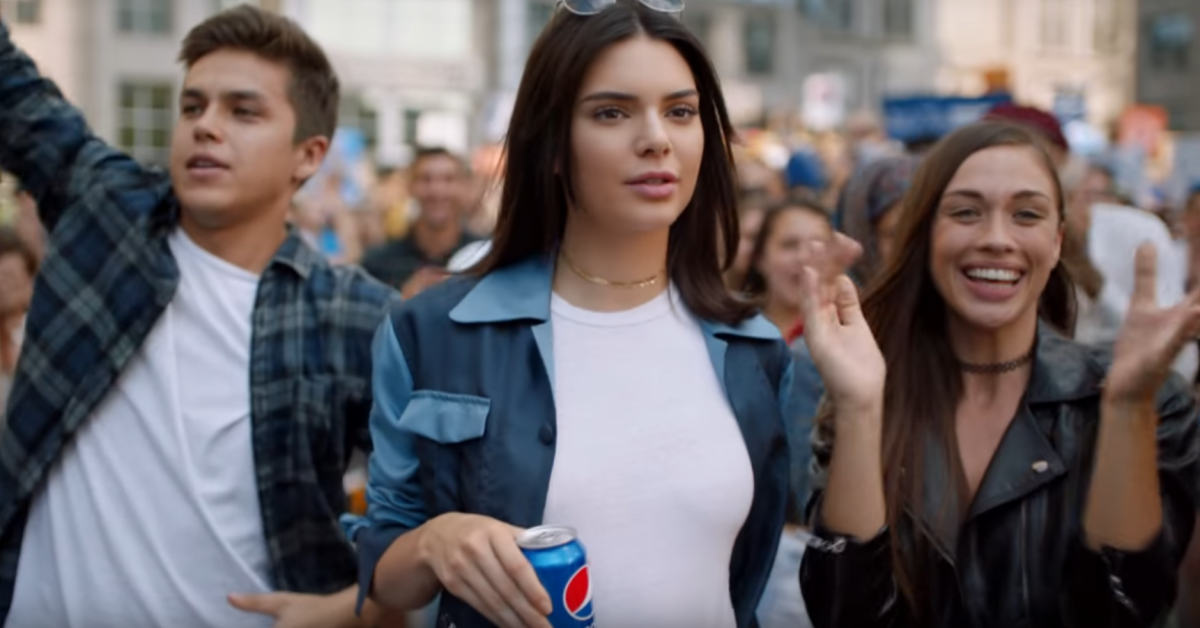 What to do when social media roasts your ad (cc: Pepsi)

Social Cues: When your cringeworthy commercial backfires, here’s what to do next.

Social media is not a forgiving place, but there’s a method to get out of the madness.

On Tuesday, Pepsi found itself at the center of social media backlash over its commercial showing Kendall Jenner ending a protest and standing up to police with a can of soda. The ad ended up creating an online protest against Pepsi, with people accusing it of being tone-deaf toward the many social movements happening in the US.

“Pepsi was trying to project a global message of unity, peace and understanding. Clearly we missed the mark and we apologize,” the company said in a statement on Wednesday, long after the memes and backlash surged on social media.

Bernice King, Martin Luther King Jr.’s daughter, had one of the most retweeted responses to Pepsi’s ad, criticizing the company for making light of police responses to protests.

Nivea faced similar backlash on Wednesday after it published an ad on Facebook with the slogan “white is purity.”

The good news for Pepsi and Nivea is that there are ways to minimize a terrible ad campaign’s damage. Just ask the folks at SparkCentral, who helped Delta manage its social media crisis when YouTube star Adam Saleh accused the airliner of kicking him off for speaking Arabic. The customer-service company also helped Nordstrom navigate through social media outrage when President Donald Trump blasted the retailer for dropping Ivanka Trump’s fashion line. And they’ve got some tips for companies facing social media backlash.

“It’s important to get ahead of the problem,” said Anaal Patel, SparkCentral’s vice president of marketing. “The earlier you can address it and have a strategy for how your company will respond to it, the better.”

In Pepsi’s case, the company responded on social media more than 24 hours after it originally uploaded their Jenner ad. During that time, people on Twitter were criticizing the company over its silence.

It’s also important not to send canned responses. You’d think a company with a public relations staff would be aware of that, but Nivea’s been sending the same replies to people on social media for hours.

“Responding to every single person, that doesn’t really accomplish much other than saying ‘look we responded.’ It’s not taking the crisis away,” said Sara Carter, Sparkcentral’s director of Customer Success.

Fortunately for Pepsi and Nivea, once the next company messes up, the social media outrage will move along with it.

“In reality, most of these blow over within a week or so. People have a short attention span on social,” Patel said. “It’s an interesting time because of social being the way it is. Brands are so much more exposed to their ill-conceived campaigns.”